About the Explore Your Voice team

Explore Your Voice is an innovative group and leadership development  company based in Melbourne, Australia. Our principal product is a unique, total immersion experience for groups of up to 100 people for all large organisations.  Explore Your Voice is particularly well suited to conferences, seminars and development days where an unusual, entertaining and uniquely valuable group event is needed.

An excellence based music product

Explore Your Voice started out as  Flash based world first interactive online singing course released in 2001. It went on to become the #1 singing course on iTunes selling all over the world. Developed by Katie Slaney, Michael Oliphant and Roger McLachlan (Little River Band), Explore Your Voice has helped tens of thousands of singers all around the world to find their own unique singing voice. Explore Your Voice has gone on to provide one on one personal improvement training and invaluable teamwork and leadership experiences to many companies in the corporate leadership development space. The Explore Your Voice Show Podcast in 2005 went on to be one of the most successful podcasts in internet history with over 1 million downloads. 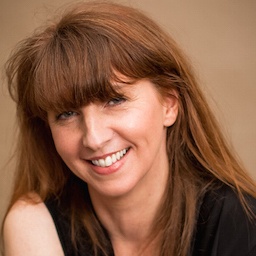 Katie Slaney, based in Melbourne Australia has become one of the most sought after vocal coaches in the world. As the lead singer with the enigmatic acid jazz outfit ‘Vicious Soir’ (formed with Men At Work bass player Jeremy Alsop) Katie established her reputation as an exciting live performer, a fine musician, and skilled studio session vocalist.

This lead to the release in 2013 of ‘Rise’, her acclaimed debut solo album as singer/songwriter featuring some of Australia’s finest musicians. Her two latest videos can be found on YouTube.

As a specialist vocal teacher Katie has trained many corporate and private clients from companies like Boost Juice, Dom Bagnato Fashions and The Age in public speaking and presentation. Katie Slaney who earned her Arts Degree from Monash now operates a thriving teaching practice as a high performance vocal coach with a unique engaging method and has taught vast numbers of people from beginners to advanced to uncover and explore their own special singing voice.

Many of her students have gone on to perform in bands and on shows like ‘Australia’s Got Talent’ and ‘The Voice’.

Katie also co-hosted the runaway success, The Explore Your Voice Show Podcast which achieved over a million downloads in teaching countless music lovers the world over how to get more from their voices. 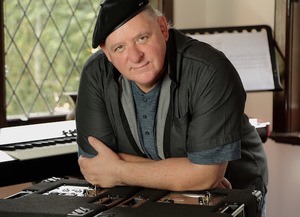 A former CEO of an innovative .com golfing software company, co-creator of the world's first online singing course, Michael is best known as a world class musician, keyboardist, singer songwriter with the successful band  'Late For Breakfast', audio engineer and record producer. This band released a successful album in Europe and the USA entitled 'The Art Of Falling'.

He has worked with many luminaries including Tina Turner, Dionne Warwick, Tina Arena, Tania Doko (Bachelor Girl) and Colleen Hewitt (Queen Of Pop). He has produced many albums for artists including classical albums for Russia's most renowned  balaika virtuoso Yuri Mugerman and 60's Aussie singing legend Bobby Bright.

Michael was a regular with his band on Australian tv featuring on Good Morning Australia and the Ernie & Denise Show on GTV 9 in the 1990’s. As an entrepreneur he has created market leading products such as Moloops.com and Explore Your Voice.com and published many articles on songwriting and studio engineering.

He also co-hosted and produced the Explore Your Voice Show Podcast for two years with Kate Slaney and Roger McLachlan.

Top professional singer based in Melbourne Australia, Sarah completed many successful European tours as keyboard player and vocalist with the highly successful band ‘Bell Roscoe’. Returning to Australia she formed the innovative and classy duo ‘October Wish’ enjoying further successful with a much loved debut album in 2016.

Prior to her musical years, Sarah completed a double degree of Arts/Commerce at Melbourne University  majoring in French and marketing. Post these studies she spent much time traveling and pursuing her passion for language and cultural diversity. It is her love of  music, the world and individual expression that has lead her to her involvement as both a coach and  business development for Explore Your Voice. 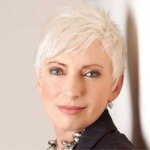 Desley helps people deal with the nonsense and frustrations they encounter in the workplace.

She has an impressive record of successfully helping individuals, leaders and teams.

Desley was coding in the 70s, a head of a school in the 80s, did a masters in the 90s and became the Managing Director of a global IT company until 2003.

When she realised that she was comfortable in the difficult conversations that most people ran from, she completed a PhD on developing people to lead in a complex world. Desley has delivered high impact speeches and interactive sessions all over the world, She relaxes playing keyboards in a rock band.